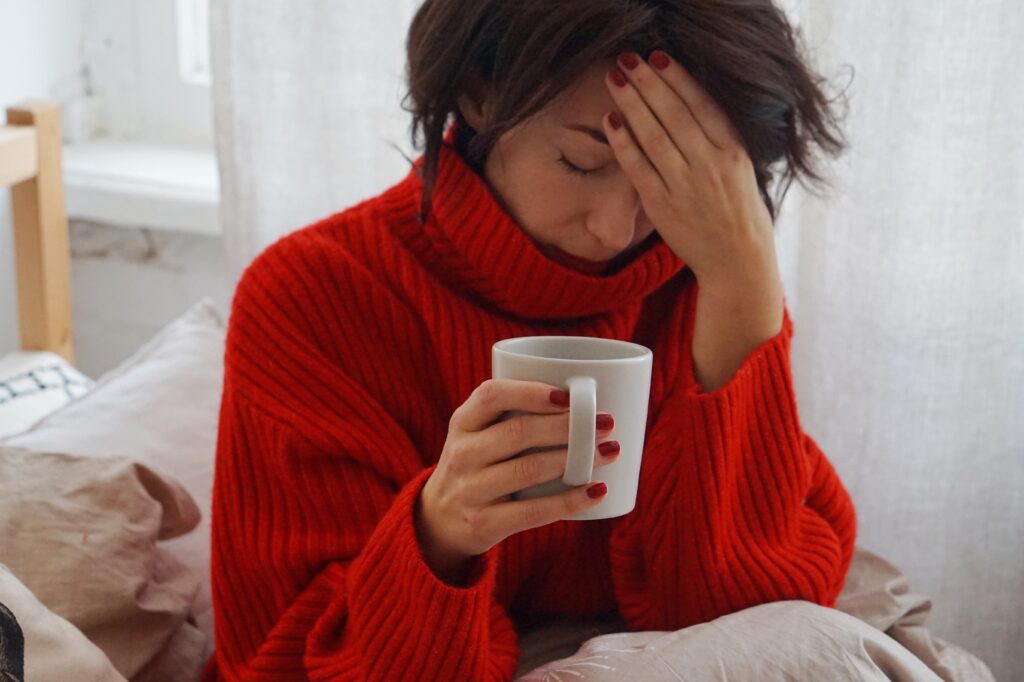 In the final analysis a headache or any other ailment is simply your body’s way of telling you of the state it is in and asking you to take corrective action. The best recourse though is not to pop a pill. Taking a long hard look at your lifestyle may be a better idea

IF YOU LIVED A FEW THOUSAND YEARS AGO and complained of a headache to your friendly neighbourhood witch doctor, he would have knocked a hole into the base of your skull and would have whooped with satisfaction for having cured your headache by allowing evil spirits to escape. As in most such ‘cures’ the remedy is often worse than the disease.

Another popular headache remedy was rubbing a live toad across the forehead. The logic of this line of treatment was that you became so disgusted that you forgot you had a headache. Or perhaps you might have preferred hanging the head of a dead buzzard around your neck. The rationale: everybody would leave you alone, thus curing your headache!

One may laugh or squirm at these prescriptions. But contemporary doctors are no better than their primitive counterparts. They prescribe nearly similar cures. Perhaps in the future, swallowing pills, cutting skulls open and inserting plastic tubes will also be regarded as absurd prescriptions for curing headaches. Today aspirins and analgesics have replaced live toads and buzzards but do as little to remove the causes of headaches. The pain is still there: it’s just that you don’t notice it; the relief is quick but only temporary. Nerves cease or nearly cease to transmit pain and distress signals to the brain. It’s as if the nerves were narcotized or paralyzed. It’s like telling your brain not to tell you that you have a headache!  In the final analysis a headache or any other ailment is simply your body’s way of telling you of the state it is in and asking you to take corrective action. The best recourse though, is not to pop a pill. Taking a long hard look at your lifestyle might be a better idea.

Drugs don’t heal. On the contrary, they are irritants. Their presence in the body causes it to redirect its energies from curing the headache to expulsion of the chemical in the drug. Ulcers are the commonest side effect of aspirin. The worst side effect in my book is the delay in dealing with the true cause of the headache because temporarily you are fine. Until the next headache you forget that you need to listen to your body which is desperately trying to tell you what’s wrong.

WHAT THEN IS THE SOLUTION? FIRST LET’S SEE what may be the probable causes of a headache. The emotional cause may be self-criticism, fear or invalidating the self. (Please note that the cause of migraine headaches is entirely different). The physical causes may be an overdose of foods and drinks that don’t suit the body, low activity or insufficient sunshine. The toxin build-up in the bloodstream is over and above what the body can manage. This causes the blood vessels in your head to swell and press against the nerves. (The brain has more blood vessels than any other part of the body and uses over 25 percent of a person’s total blood supply). In medical terms, you get a headache because of dilation of intracranial vessels caused by the breakdown of toxic substances. In more prosaic lay terms your head hurts because your bloodstream is polluted.

A lifestyle which does not conform to nature’s laws causes excess toxicity in the bloodstream which could result in headaches and other problems. Foods which are associated with headaches are: meats containing nitrates, processed cheese, synthetic vinegar, chocolate, sour cream, yogurt, MSG (i.e. ajinomoto), yeast and fried foods. Overeating also contributes to headaches as do alcohol and caffeine rich drinks like colas, coffee, tea and cocoa. Most caffeine headaches occur in the morning hours. That’s because during those hours the body is engaged in cleansing and healing. Caffeine is a drug and headaches are the withdrawal symptoms of coffee, tea and cola addiction. When you kick the caffeine habit, you may have initial caffeine headaches but if you persist, they will disappear forever.

STRANGELY MANY OVER-THE-COUNTER HEADACHE ‘cures’ contain caffeine. Why? Because their manufacturers know that if you give a caffeine addict an extra shot of his drug, the headache will go away for a little while. And here’s the catch: if you keep suppressing the acute symptom (i.e. the headache) which is self-limiting, you end up with chronic headache problems. It is almost like the body saying, ‘I tried to warn you’. And if you don’t take heed, the accumulated problem will not be so simple to undo.

Carbon monoxide from automobile exhaust and cigarette smoke are also causes of headaches. So get some decent exercise to work these toxins out of your system. Go into the wilderness to breathe clean air which is rare almost anywhere else. Drink enough water (not colas) everyday to cleanse your bloodstream. And simultaneously try to ascertain the psychosomatic factors which cause your head to hurt — be it your boss, your kids, your mother-in-law, whoever. Work on your love life so that with love stress, tensions and strained relations don’t get the better of you.  Get rid of inhibitions and self criticism.

While making these all-important changes in your lifestyle, don’t negate it all by popping popular pills. Instead try ayurvedic or other natural cures. They are more likely to help you to be permanently rid of those horrid aches without any side effects. It’s easy to chase those headaches away naturally. The point is, do you really want to?