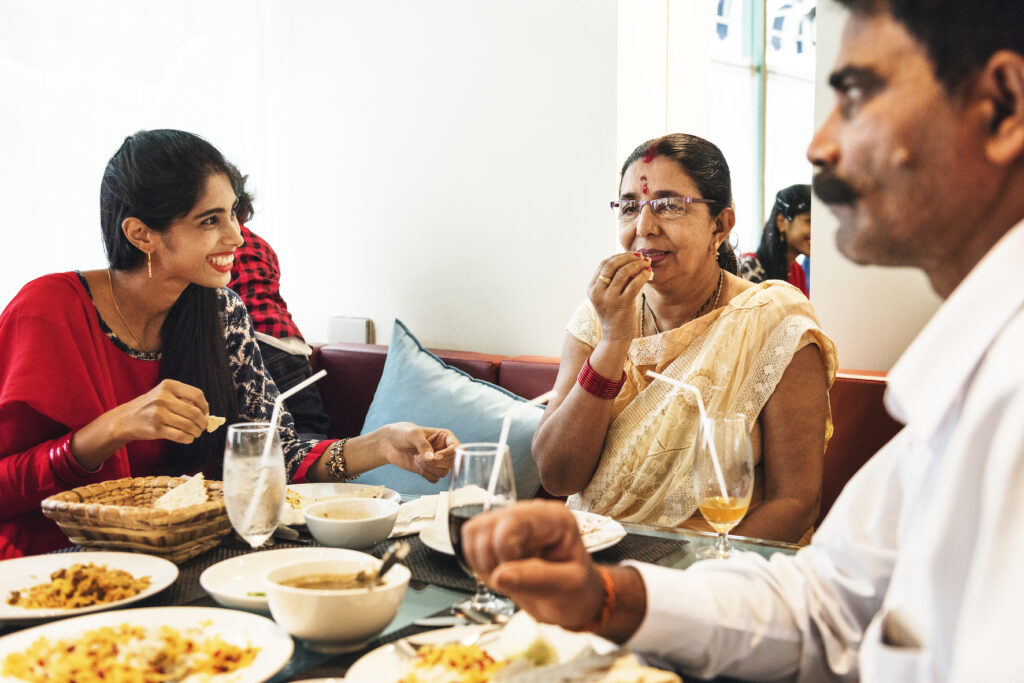 With all its progress in research, science and technology and its wealth and development, the US is at greater risk on the health front than other nations

While in dehra dun in mid-october pow-wowing with my friend Mona Schwartz from Philadelphia, I was reminded of the advantage of being born an Indian and was even more grateful to have been brought up in rural India for the first eight years of my life. Urban India has been my home since, with a year in Indonesia, a year in England and five years in the US. It has given me a good perspective on lifestyles all over the world.

Mona and I met four years ago after she found my name in the International Macrobiotic Directory. What is macrobiotics? It is a way of living according to nature’s laws, a concept developed by George Ohsawa of Japan. His insights and writings were greatly influenced by ayurveda during his two years in India. In essence, it’s a system which ensures happiness through good health.

Fortunately for us, India is already 70-80 percent macrobiotic. With my background in nutrition, and having advocated brown rice for ever so long, I eat to feed my cells rather than merely my taste buds. However, I dine without paying heed to the finer nuances of macrobiotics. On this trip, almost 20 years after I was first introduced to the subject, I realised there was so much more I could do. I have become aware that I can generate more energy to realise my dreams.

While in Dehra Dun, editing Mona’s forthcoming book The Power of Food — Macrobiotics for India, and subsisting on the best organically grown foods, I experienced a charge of new energy. Perhaps it was the company I kept. After working on the computer all day and discussing The Power of Food into the late evening and night, I would wake up to find Mona (68), hard at work having slept barely four-five hours. She’s full of ideas, suggestions and wants to rewrite entire chapters!

On this trip Mona drew my attention to an issue of Newsweek (Jan 20, 2003)  which featured an article entitled ‘Building a better Way to Eat’ by Geoffrey Cowley. After reading it I was thankful to the higher powers that be, for being a part of this wonderful country with its traditions and cultural heritage. It makes the problem of pervasive corruption and annoyances of an over-populated country worth it. A developing country does have its advantages because compared to the junk food most people are obliged to eat in rich countries, the food in our country, still has some resemblance to real food.

With all its progress in research, science and technology, and its wealth and development, the US is at greater risk on the health front than other nations. The Newsweek article highlighted that the US Department of Agriculture (USDA), the Harvard School of Public Health, and a New York University nutritionist, each has different views on the ideal diet to be recommended to people. It is clear to the populace that all past recommendations have failed because there is no evidence of reduction in obesity and ill-health in the world’s richest and most powerful nation.

This is hardly surprising because the USDA’s recommendations have “downplayed the risks of meat and dairy products to appease the cattle and dairy industry”. It’s sad to see how powerful corporates control the health of people not just by what they produce but by the information they censor because of their monetary clout.

Not that contemporary India is free of such callous commercialisation. The sugar and salt lobbies almost engineered a ban on jaggery and sea and rock salt. But luckily for us, the people didn’t allow this to happen, nor are governments efficient enough to enforce dietary recommendations. Indians are happily allowed to make their food choices based on traditional styles of eating, intuition, media reports, the internet, through doctors, and dieticians and via word of mouth.

The new recommendations of the Harvard School of Public Health lists vegetable oils together with whole cereal grains as the best foods to be consumed. Although a major improvement on the USDA prescription, no mention is made of refined oil versus cold-pressed (similar to our traditional ghani) oils. When will it dawn on professionals laying down the laws that oil is simply a cooking medium? It is clear common sense that loads of oil, even vegetable oils, are a hindrance to good health.

However, the school’s recommendation discouraging the intake of white rice has unfortunately attracted criticism from Dr. John McDougall, author of several books on nutrition. “You can’t condemn white rice when more than a billion people live on it and maintain superior health. Sure brown rice would be better but…” Quite shocking. Firstly, just because a billion people eat it doesn’t make it okay. Secondly, I wonder what’s Dr. McDougall’s definition of superior health?

In India, we need only to resist the lure of western fast-foods and the easy availability of refined foods to experience superior health. If we just return to eating whole natural foods as our forefathers did, not only would we be sound in health so would our mother Earth. Sadly, the Americans have no such traditions to fall back on, which is probably why all their research cannot lead them to simple truths.

So let’s take advantage of the wisdom of our sages and be one up on this count at least! We have the panaceas that the Newsweek reporter is looking for — our traditional foods can control weight and promote health without denying us the pleasures of eating. But for this our taste buds need to be discouraged from appreciating the chemicalised foods it regards as delicious.

Once you begin the return journey, it takes time and effort. But not only is the effort worth it, so is the rebirth of your taste buds. Eating well is more fun than eating badly. And infinitely more rewarding!