Learning to do with less 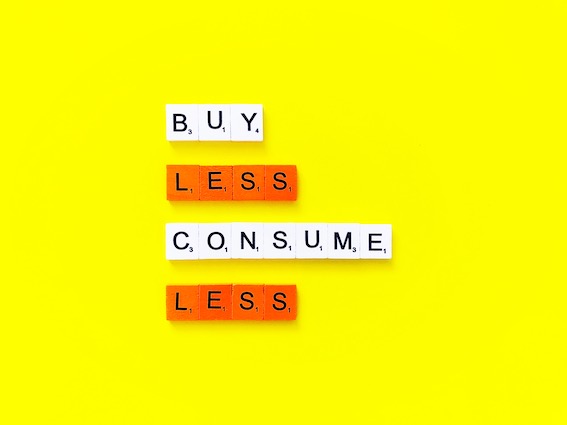 Educated citizens need to reassess their scale of values. Clean water and air and safe food will soon be things of the past if we regard all of it as some other’s probem or the government’s problem…

MONEY MAKES THE WORLD GO AROUND in more ways than one. Sine qua non. We spend our lives trying to make it, save it, live on it. Even the most moneyed people wouldn’t mind having more of it even if it’s for the pleasure of giving it away. Nevertheless the value one puts on money differs drastically from person to person. For years my father would not trust me with money  because he felt I did not give it the importance he thought it warranted.

Although my views on money have changed since I ran out of it, the value I put on the various things money can buy hasn’t altered and I am still appalled at the choices people make with their money. One of the characteristics of our subcontinental tribe is that the rich seldom bat an eyelid when buying jewellery, expensive wines, the best of shoes and clothes, even exotic meals at ridiculous prices in 5-star hotels. But when these very same people visit the local market or the street-corner vegetable vendor they don’t think twice about bargaining and beating down prices to rock bottom levels.

Recently I took the trouble to introduce organically grown oranges into the inventory of my newly- opened retail outlet in Mumbai. I found people hesitant to buy oranges even at Rs.36 a dozen. Yet they didn’t seem to experience any problem in purchasing soaps, cosmetics and other luxury items in the store. Curiously something healthy and wholesome that feeds the cells of one’s body is a low priority. What it probably takes is big advertising campaigns to help such people make their purchase decisions.

THIS MARKETING RAT RACE SOMETIMES MAKES me wonder about the world we live in. Even in the print media most articles are written on those who can afford to give something in return to the publication (or writer), even if it isn’t money. When I started out as a journalist over 20 years ago things were different. There was some breath of reality and real news in the daily paper.

Coming back to value for money, I was recently in Delhi and came across these figures in the office of an NGO. When a kilogram of wheat is purchased, the price paid by the consumer is an aggregation of costs incurred under the following heads: hired labour 5 percent; landlord 4 percent; farmer 3 percent; farming machinery/oil 7 percent;  fertilizer and chemicals 9 percent; government/traders 72 percent.

When I pack a bag of wheat or rice and see the many beautiful little pearls that go into a one kilogram package,  I wonder at the effort that goes into preparing the land, sowing the seed, nurturing the crop, cutting, threshing and then storing the grain. Again, when it reaches me in Mumbai, my girls clean the grain and pack it. Then these fairly bulky bags have to reach several stores in the city. This is where the end users pick up organically grown cereal.

So when people start asking me why it is so expensive I don’t feel like answering the question because it means getting into a major argument. And does anyone really grasp the numerous operations behind getting food on our plates? Whatever we pay we should be grateful that it is all made possible because of the iniquitous structure of the Indian economy. Where labour is so cheap because of the pathetic living conditions that people accept as normal and where the capital cost of land is not calculated even if possible, and fertilizers are likely to make that very land unusable in the near future.

EDUCATED EVEN IF NOT ENLIGHTENED CITIZENS, need to reassess their scale of values. Clean water, clean air and safe food will soon be things of the past. If we regard all of it as some other person’s problem or the government’s problem, nothing is going to change except for the worse. And yes, we’ll soon be dead and gone but guess who will be around? Our children and theirs. I know most people will wonder what it is they can do at the personal level that will make a difference. Even those who genuinely would like to make a difference seldom believe that anything they will do will have a beneficial impact on society.

But at the risk of repeating myself I would like to reiterate that every conscious effort helps the whole planet. Believe it or not, that’s how life works. Every action of ours has a reaction even if it is an action which may seem insignificant. I find one doesn’t have to wait for another life to reap one’s karma. I have noticed that reactions manifest within days of action. All part of the Divine Plan perhaps, but uncanny all the same.

In the same way I find the act of spending money creates a circular effect with well-spent money coming back with interest plus. The adage that it comes back tenfold may not be wholly accurate but it comes back in sufficient quantity to alleviate the stress and strain of not knowing where your next meal is coming from.

So don’t take things for granted. See things as they really are. Use less, buy less, need less. Especially of things that cost the nation and planet more than the value you receive from them. Do without. Simplify your life and see how rich and full it becomes in other ways. Feed your body well with clean, wholesome and nutritive food and you’ll be able to do without quite happily.