Making the most of Indian cuisines 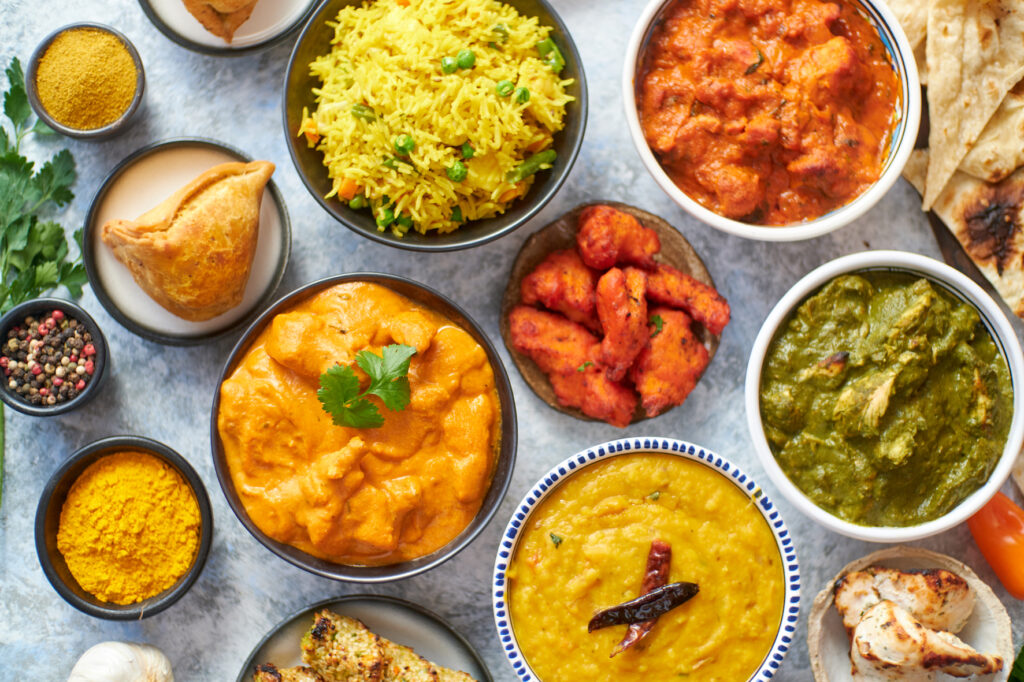 Besides boasting as good sights, sounds and culture than most tourist destinations, India offers a much more interesting array of food choices. Thanks to our wide range of cuisine, food can be most alluring  of tourist attractions

I WAS RECENTLY IN EGYPT ON MY FIRST real holiday in years. The pyramids, the last of the seven wonders of the old world, were more breathtaking than I imagined. As were the Karnark and Luxor temples, Kom Ombu, Abu Simbel and the Cairo museum.

Looking back I feel angry that India is unable to package its tourism sites as well as Egypt which like India is still a developing country. The museums and archaeological sites were so packed that one often felt like being at Bombay’s Churchgate station during the peak rush hour. And each person paid almost Rs.500 to enter each site. The Egyptologists are a smart lot, and tourists are only allowed to traverse a certain route accompanied by an Egyptologist. So you see only what they want you to see. And yes, it’s all fabulously portrayed. India with its many climatic zones, mountains, hill stations, forests and golden beaches not to speak of thousands of historical sites such as Khajuraho, Taj Mahal, Ajanta and Ellora and the temples of Tamil Nadu and Rajasthan among other attractions, offers as many experiences, if only our politicians would let tour operators and hoteliers get their act together.

Besides boasting as good if not better sights, sounds and culture, India has a much more interesting array of food. Thanks to our wide range of cuisine, food can be the most alluring of tourist attractions, if only we could manage to keep the basic principles of hygiene in mind. I had looked forward to eating well during my two week holiday, as I find food and meal times a great inconvenience while I am working. Moreover being a nutritionist and on the slim side, I have to guard against skipping meals. In this respect, I was greatly disapp-ointed with Egypt.

We were served the same kind of food wherever we went. North or south, on a cruise or at the street level — it was all the same fare. Aubergines (brinjals) and zucchini diced in cold salads, humus (thick peas paste), tahini (sesame seed paste), cold pita bread made of white flour and slices of meat or kababs that were tough and far from tasty. The only saving grace were fresh olives which were ubiquitous. Surprisingly dates were not served as one would imagine after seeing them on every tree. Egyptians display a total lack of imagination when it comes to food.

I FIND IT ODD WHEN PEOPLE THINK NUTRITIONISTS eat boring boiled food because we count nutrients. Firstly I don’t eat differently from anyone else. I eat many kinds of Indian and foreign cuisine thanks to having quite a professional cook in my mother. The only difference is that the base of whatever is cooked is healthier and substituted by better choices. For instance instead of refined oil I use cow’s ghee made from organic milk and cold-pressed oils of many kinds. I use jaggery sugar instead of white sugar, wheat flour instead of white flour, rock and sea salt instead of market salt. And I opt for organic produce whenever available. And yes, I eat brown instead of white rice.

The thing I missed most during my trip was brown rice without which I tend to feel under nourished. I pride myself in having no addictions whatsoever. But now I find myself being able to make do without other things but not without brown rice.  It feels as though my body hasn’t been fed.

And if you think food must taste different with all these changes in ingredients, yes, it does. It tastes much better, more wholesome and delicious. My recommendation: try it!  Make use of our many styles of cooking. Experiment with substituting whole natural ingredients for the non-foods which are often used in cooking. And taste the difference. I assure you the result will surprise you and you’ll never look back.

AND WHEN YOUR BODY CELLS BEGIN TO NOTICE the difference, you’ll become as addicted as I am. And there is no harm in beneficial addictions. They make you feel better and enable you to generate the energy to do all that you want to in life. You don’t waste time in illnesses or in sub-optimal alertness. With all these wholesome nutrients making every cell of your body feel strong and healthy, you feel ready to take on life and its challenges

Last week I was at a family wedding that had catered food as most do. It had been a long time since I ate at one of these affairs. I was horrified to find all the snacks, be it cauliflower, chicken or potato, coloured red. Such food colouring is banned in all self-respecting countries of the world. Even the dum aloo and mushrooms turned out to be bad. In spite of  not eating any of the snacks I was ill the next day with a cold and headache.

I can’t understand why people carry on eating fare like this without protesting. The red colouring doesn’t even look appetizing which is what it is used for in the first place. There are enough hidden chemicals in contemporary foods. We don’t need to add more in the form of colours and preservatives. People should exercise at least the few choices we have since we can’t do much about pollution in our environment on an individual basis — though even here you can do your bit.

Do what you can to become germ and virus proof. Build your immunity by eating sensibly and living wisely.  Remember germs and viruses — which are everywhere — cannot harm the healthy. We need to build our immunity against them instead of blaming them.