Musings on hunger, food and fat 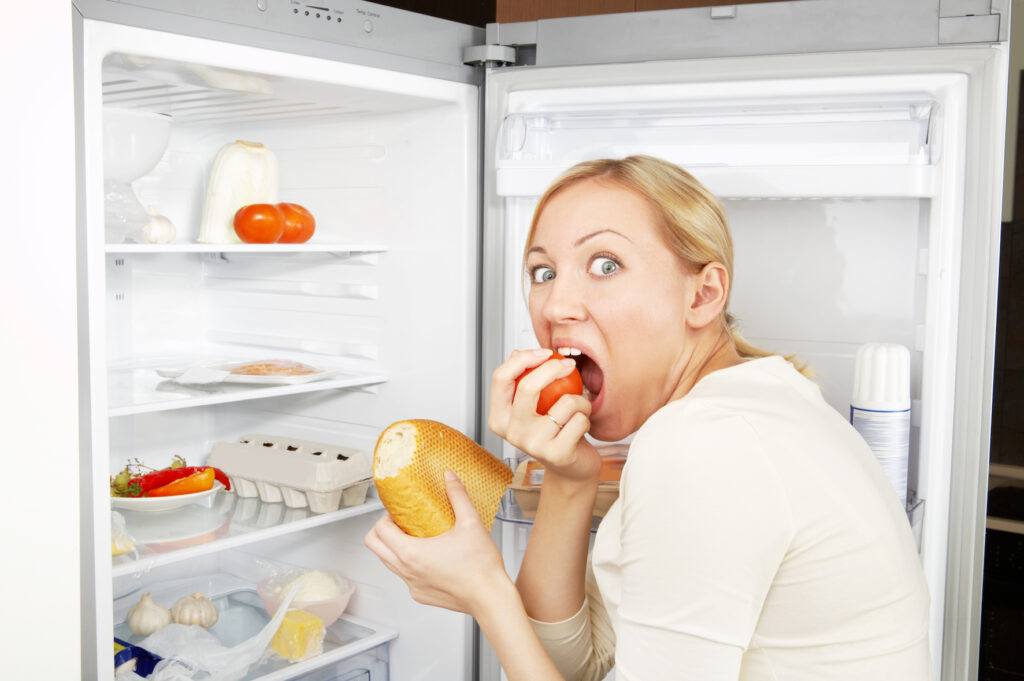 When the body is fed refined and junk foods, for the moment the body’s hunger feels satiated but because the cells don’t receive the appropriate nutrition the body is soon hungry again. When this keeps getting repeated, ailments begin to manifest…

LIVING IN INDIA ONE GETS USED to sights of the poor and homeless rummaging through garbage heaps for scraps of food. One doesn’t give much thought to it besides feeling sorry for their plight. And anger at the way things work — or don’t work — in a country where some have much more than necessary while for others finding even leftovers is a task. But with the passage of time one becomes immune to such sights of human deprivation.

I am one of those fortunate people who has never had to go hungry for any length of time beyond the normal and healthy. Never having been to boarding school I have always had the option to eat as and when hunger manifested itself. But from my young days I have never been one who eats all day long and was lucky I grew up without the influence of fast foods — especially American fast foods — on my life.

Often one gets so busy with work that I forget to feed myself. Recently I had some additional hassles at work and came home to phone calls and one thing after another. Until the household was asleep and too late for me to even think of eating. I woke up in the middle of the night with hunger pangs that got me thinking. Imagine having to cope with this on an everyday basis.

Several studies into the scale of poverty in India have indicated that almost 40 percent of the country’s population lives below the poverty line. And nine five year plans have not been able to alter this awful reality. In particular over 300 million children go to bed hungry every night. How do the poor manage? Why is our society and government unable to do anything about it? When are greedy politicians going to see beyond themselves?

Daniel Quinn in his book Beyond Civilization talks of a society that even within existing paradigms can find solutions to problems like this. One very simple solution is for hotels and restaurants to give away their left-over food to the poor rather than throw it away. He of course has a totally different view of the homeless, the beggars and others who have according to him “opted out of society”. All his books beginning with Ishmael are a must read especially for young people stepping into the twenty first century.

GETTING BACK TO NATURAL HEALTH. Before I became involved in the field of nutrition, I was a happy-go-lucky teenager. Food for me was and is inconsequential. As a young mother I was given all kinds of conflicting advice for my new born and only then began my tryst with the study of nutrition and food. Since then my understanding of hunger has been full of research and contemplation. But only recently have I been able to put the pieces together.

Hunger primarily is a body signal for nutrients and should not be ignored. If fed whole natural foods the body gets its nutrients and the hunger is satiated. But when the body is fed refined foods (white rice, white bread) and junk foods, for the moment the body’s hunger feels satiated but because the cells do not receive the appropriate nutrition the body is soon hungry again asking for more. When this keeps getting repeated, ailments begin to manifest and set a vicious circle in motion.

When related to weight loss, hunger takes on another dimension. With many new dieticians around, over-weight people are being encouraged to eat particular fare in a particular amount and starve or go hungry the rest of the time. More often than not this creates severe health complications which are seldom ever traced back to the diet. Making radical changes that the body cannot handle and not responding to the hunger signal can throw the body totally out of gear. When not enough is eaten the body begins to use its reserve nutrients to satisfy its needs. When these reserves get depleted, the body is forced to use its own tissues and minerals taking from its different parts thus compromising the overall health of the body.

ULTIMATELY THE HUNGER, FAT AND WEIGHT loss issue goes beyond clinical nutrition. I believe it has a lot to do with a preoccupation with food. When food assumes unreal importance in your life then whatever you do weight loss is difficult. Only when food begins to be accepted for what it is — nourishment for the cells — can the body return to its natural weight.

The other fad about which I have been trying to create awareness is the issue of slimming — the only way that most people want to be. Slimming can play havoc with one’s body and the miracle diets prescribed more often than not cause health problems much after the euphoria of being slim is gone.

Therefore I’m forever impressing upon my clients of the need to accept themselves for what they are if food is not their major high in life. If it is, all they need to do is change that focus. But please do not starve yourself. It is much more dangerous than you think. Eat whole and natural, keep busy and happy and you will be your balanced weight even if it’s a few kg more than you really want to be. Trust your body, it knows what it needs to function at its best!

Greed for fine tasting (as in fancy flavoured food as opposed to natural good taste) different kinds of food in exotic preparations leads to the common problem of the rich — obesity. Making food a means and not an end, keeping busy and active, and dealing with your fears (the emotional side of fat) are the best long term prescriptions of not only being trim but fit and healthy as well.