Reflections on the World Ayurveda Congress 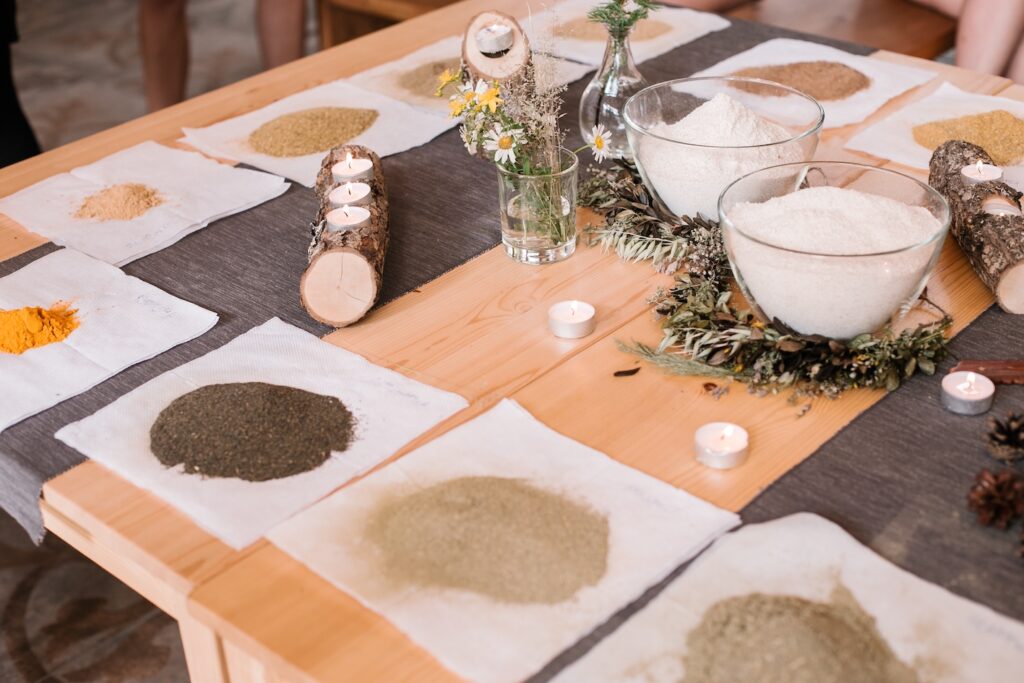 I PROMISED LAST MONTH TO GO INTO DETAILS of eating healthfully, which would also prove my ​theory of intuitive nutrition. However, the subject has to be postponed because I have just returned from attending the World Ayurveda Congress. It was held in the charming town/city of Kochi (a.k.a Cochin), Kerala under the auspices of the Swadeshi Science Movement and the Union ministry of health and family welfare. Although the former sounds typically like a government body or an NGO (non-government/voluntary organisation), I was pleasantly surprised to learn that it is neither. This might explain why the Congress wasn’t just one more business conference to promote networking.

Given the rising popularity of ayurveda, the congress was a meek attempt at making it worth people’s time and money. The posters displayed in the exhibition hall were the highlight of the event. Different aspects of ayurveda down the ages with illustrations of its non-invasive surgery, quotes from the sages of ayurveda (Charaka, Sushrutha, Vagbhata), its principles and medicinal plants, made a powerful case for this alternative system of medicine. The entire town of Kochi was at the congress. But as always the stalls set up by companies got more attention as people poured in looking for panaceas for their ailments. Which is sadly what ayurveda has degenerated into in this internet age.

Actually ayurveda is a way of life and shows us how to live holistically and in harmony with nature (prakriti). But sadly the intake of formulations and medication is the only aspect which seems to be getting the attention. As Dr. Mala Kapadia asked the audience — would we use any gadget without first reading its manual? Yet, we continue to break every law of nature and ayurveda. For her pains she was told by an ayurvedic medicine practitioner not to waste the audience’s time. What he wanted were cures for specific problems, nothing more, nothing less! This worthy had obviously missed the whole point of this system of medicine.

AND SO IT TOOK ONE DR. JOHN, BORN IN KERALA and living in California, to advise Indian doctors to keep up with changing times and not lose track of the wholeness of ayurveda — a holistic system which works best when practised in totality. He informed the congress that American and European doctors are studying ayurveda with a vengeance and with the balanced perspective required to master this holistic healing system.

Although some of the papers presented emphasised the importance of diet, mind and environment, most of them paid mere lip-service. Ironically the food served to delegates consisted of polished rice and the accompanying salt on the traditional banana leaf was free-flowing iodized salt! True, the rest of the fare consisted of rasam, sambar, vegetables, payasam, banana etc — all delicious and nutritious. But the two vitally important ingredients of a nutritious meal — unpolished rice and natural salt were missing. I am aware that a large number of people in Kerala eat red or unpolished rice but not natural salt. I also suspect that most ayurvedic doctors themselves don’t follow ayurvedic dietary principles. So how will these doctors demonstrate the right way to their patients? I wonder how many of them would pop a Crocin despite knowing better!

Dr. Antonio Morandi, president of the Italian Ayurveda Association, an individual obviously committed to and charmed by ayurveda, detailed how he can diagnose the problem within a few minutes of meeting a patient but would nevertheless spend an hour talking to him/her because that was an integral part of the ayurvedic healing process. When a patient connects with the healer and unloads his fears and worries, he is also releasing his ailment. This also builds faith in the doctor without which the prescribed medicine doesn’t work. Being well aware of the mind-body connection I wonder how many ayurveda students understand this and about the bond between people and their environments.

THE EXHIBITION OF THE CONGRESS WAS THRONGED BY firms marketing all types of ayurvedic formulations ranging from the rudimentary to complex. The easy availability of numerous over-the-counter remedies made me wonder about the dangers of lay people getting an allopathic diagnosis and buying whatever ayurvedic formulation the neighbourhood chemist (motivated by profit margins) recommends. Self-medication is not a good idea because the essence of the ayurveda system of healing is lost en route.

It is time for Indian ayurvedic practitioners to become conscious of transforming into holistic healers and not mere dispensers of medicine. There is an absolute need for ayurveda practitioners who combine old traditions with new research to aspire to make this time-honoured system of holistic healing the first choice of people in India and around the world. Regretably, ayurveda is still far from being the choice of the majority in sickness and ill-health. It saddens me to think of how people run to the US for medical treatment when the best cures are available right here in this country.

One of the reasons why ayurveda and other indigenous systems of medicine here and abroad have few takers is because allopathy has become organised big business. In America my teacher, the late T. C. Fry, was continuously harassed by the American Medical Association because he promoted natural living and health. Eventually they succeeded in troubling him to the point of death. And there aren’t many like him to carry on his Life Science Institute.

Looking back on the recently concluded World Ayurveda Congress I’m sure that the Lord of Ayurveda, Dhanwantri, who was commemorated on November 2 at the conference, must have been glad that at least in Kochi that weekend the buzzword was ayurveda. For me personally, it reinforced my faith in living fearlessly, because if an illness occurs I know I need only look to ayurveda to become fighting fit again.