Termites need to be managed with care 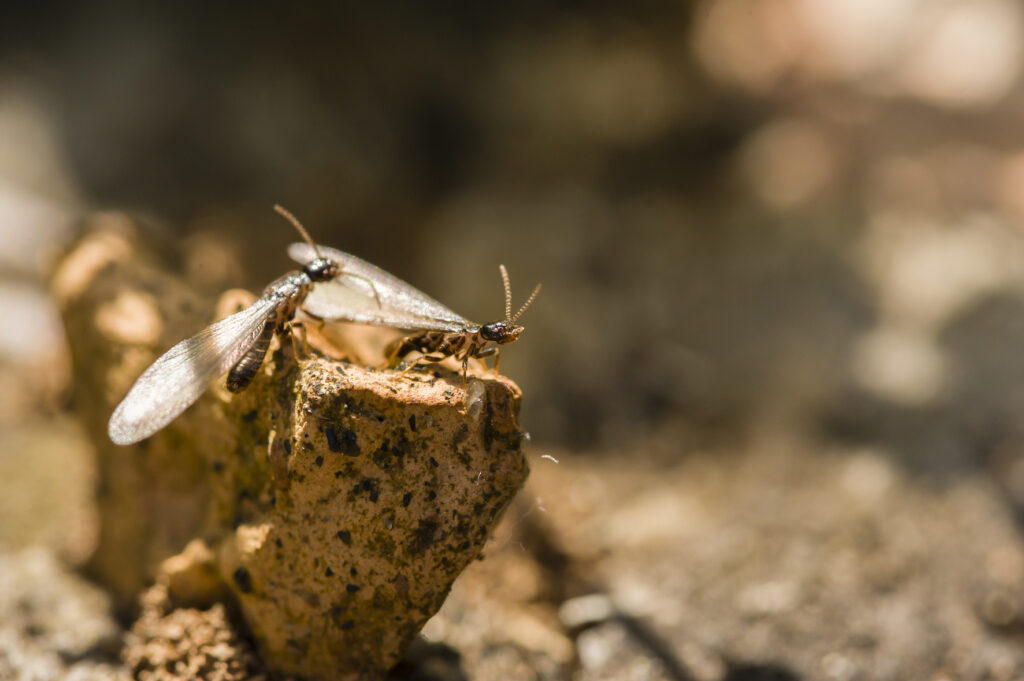 The poor termite which has such an important role to play in our eco-system and therefore in our survival, is regarded as a foe instead of a friend

My father’s uncle was a practitioner of homeopathic medicine. A young mother caring for three children asked him whether each individual in her family needed a separate bar of soap. Expectedly, he alleviated her fears and said that one bar was fine for all. For some reason this story got stuck in my head and I was reminded of it when I recently got my flat fumigated for white ants.

Norton Heredia, the owner of the Mumbai-based Rishi Pest Control turned out to be a knowledgeable person on the subject. And I believe the reason I was destined to deal with a white ants invasion. Once again my intuition was confirmed by study of this subject. Before going any further to conclude the shared soap story, according to Norton, if we were to put a bar of soap under a microscope we would see all kinds of organisms on it. Like one would see on most other creations of mankind. It’s nothing to worry about, because bacteria, germs and viruses are everywhere, he says. So how do we manage to stay alive and  not be overwhelmed by them? By being proof against them i.e by developing our immunity and resistance.

In any case after hearing Norton’s description of soap viewed under a microscope, we need to question the advisability of using it in large quantities. I remember as a child living on a farm and washing utensils with a touch of the earth and ash. Areetha or soap nut is probably the most environment friendly way of washing without allowing soap chemicals to become one more waste the earth has to cope with. It is also well established that using soap excessively is hazardous because it depletes the body of its natural oils. So much for being squeaky clean.

But to get back to the termite problem, we can regard termites as living organisms like ourselves or we can look at them from a wider perspective, as organisms which are part of a chain. If we take the latter option, the whole picture changes. The very word termite makes one feel queasy and regard it as a pest because of the way industrialisation has forced us to make choices, creating imbalances such as depletion of essential resources, air and water pollution, environment degradation as more and  more of it gets covered by cement. So the poor termite, which has such an important role to play in our eco-system and therefore in our survival, is regarded as a foe instead of as a friend.

White ants, as they are more commonly known are subterranean as opposed to other termites. To prevent them from crawling back into our homes, their water source i.e the earth connection, needs to be severed. If this is done, termites already in wood will simply die when their means of getting water from the earth is severed by the chemicals that pest control companies like Norton’s specialise in putting into holes between the earth and the house.  It hurts me to destroy termites as it did to take the decision to use chemicals in my home because I’ve not even used chemical paint —  I’ve opted for lime (choona) — on my walls. But there was no way out of this decision.

But what’s bad news for termites is also bad news for human beings, supposedly the most intelligent creatures on earth. Termites help replenish underground water tables. The runways (like little tunnels) that they make help water seep through the earth rather than flow away into rivers, streams and seas. They also eat the bark of trees i.e dead wood and fallen twigs which helps recycle useless wood for the very same tree. Besides this, termites form part of the insect cycle which as in all chains, is as crucial to their life as it is to ours. Turtles, fish, lizards, spiders, toads, frogs and dragonflies eat mosquitoes and their larvae.

Norton has had some success in controlling the breeding of mosquitoes by putting a net over septic tank air outlets. And he warns against water in flower vases which isn’t changed daily, unwashed dishes, pots in unused bathrooms that have stagnant water for months and any other still water body — all of which are breeding colonies for mosquitoes. I have already mentioned in earlier articles how traditional flooring in homes and other such wisdom can help keep mosquitoes out of our homes.

So while norton’s boys worked in my flat, he proceeded to tell me how one year in the US and Australia, the governments decided to protect homes in select areas against mosquitoes by spraying chemicals in nearby forests, gardens and parks. By doing so they disturbed and destroyed termite colonies to the extent that those areas experienced the largest bush fires ever! The environment avenging man’s stupidity! Large scale chemical spraying eliminated the termite population and twigs and dead wood left lying around were the combustible material which caused the bush fires.

While we chatted, Norton realising I was knowledgeable and not just another person paranoid about termites, came up with additional information which makes me wonder where mankind is headed. He spoke about green technology and how several American companies are being given the green flag by green associations which again are American. He explained to me how in one particular line for the treatment of termites a bio-degradable and non-contaminant chemical (which is why green!) gets to the queen termite wiping out entire colonies of them, rather than just deterring them from invading our homes.

Green pest control companies might think this is very clever. But unfortunately the implications of such alleged green technology for our eco-system are frightening!