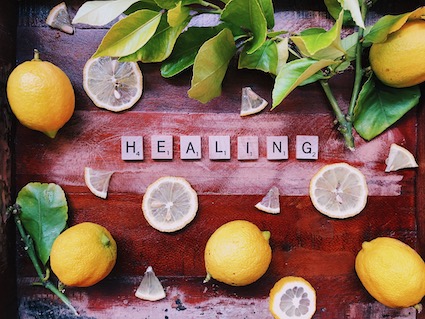 Unfortunately this month, instead of writing on health, nutrition or environment I am compelled once again to touch upon the issue of germs and virus. Because the editor of EducationWorld has forwarded me a letter which is critical of the comments I made (EW June) about the possible genesis and spread of the SARS virus which visited havoc upon several South-east Asian countries earlier this year.

Firstly, I feel elated that Dr. George Paul from Salem has not only read my column but has taken the trouble to write to the editor, albeit for the purpose of exposing my supposed ignorance. Unfortunately by doing so he has exposed the apathy of the allopathic medical profession. Secondly, I have to point out that allopathic medicine because of the way it diagnoses and treats illness, has become mainstream medicine in this fast-paced materialistic westernised world.

Though ayurveda, homeopathy, unani, etc are termed alternative medicine, at least in India, the home of these systems, they should be described as mainstream systems. But because of our education system and total westernisation, there is much ignorance about the wisdom of these sciences.

Allopaths would have us believe that alternative systems are nothing but hocus-pocus promoted by ‘unqualified’ people like me. However I don’t practice traditional medicine or any other kind. I respect their wisdom and recommend practitioners of these systems who have saved my life and have helped almost every person I have directed to them, to those who seek my advice.

I am not the only one to have become aware that allopathic diagnoses and medicines visit havoc upon the victims of its practitioners. Maybe in a few situations and conditions allopathy can help but not without harmful side effects. That is the differentiating characteristic of traditional medicine — it has no side effects. Moreover its unique selling proposition is that the patient is treated holistically and the root cause of the problem is addressed, not merely the symptoms. Which is much more than one can say about allopathic medicine wherein the patient is never told about the downside and is left to discover it by herself.

We must really live in the dark ages to doubt the benefits of a healing science which has evolved over thousands of years and is an integral part of our culture. I wonder if this is the price we’re paying for over a century of colonial rule? The day is yet to come when Indians will hold their heads up high on the strength of their traditions, be it traditional medicine, khadi or cow dung —  invaluable not only for our well-being, but for our wealth too!

Admittedly we live in a complicated society and therefore we expect the theory and practice of healing to be complex to be effective. Just because my arguments and deductions appear simplistic, they are dismissed as naïve by Dr. Paul. It is common knowledge and commonsense to understand why some individuals are vulnerable to a cold virus or malaria when exposed in the same environment while others are not. The answer stares us in the face. The fact that some people respond to medication, traditional or western, while others don’t. Moreover some of us get well without any medication while others need it. I guess it is too simplistic an argument to say that it all depends upon immunity. And again too simplistic to say that our immunity depends on how we decide to live our lives.

It would make the medical fraternity too insecure to acknowledge that besides pumping us with medication which has harmful side effects and mostly palliates symptoms, there isn’t much that it can do to help strengthen our immune systems. Getting to the root cause of a problem is not its prime objective. It’s always to kill a germ or help the patient to remain alive, irrespective of the quality of life.

Even so, after re-reading my column on SARS, I wonder why Dr. Paul is so uptight since all I’ve done is quote the viewpoints of medical practitioners and eminences of the World Health Organisation on the subject. Maybe in this case too the root cause is the latent insecurity of the medical world. I think it’s convenient for them to have a haze around virology and attribute common ailments to mysterious viruses.

In any case, in my column for EducationWorld I write on subjects other than health too. My column wasn’t a thesis; so relax Dr. Paul. Each article, including the impugned one on SARS, has elicited positive comments because I argue my viewpoint.

Moreover, i assure dr. paul that it’s not my secret desire to be involved in healing other people’s ​maladies, as alleged by him. My involvement with alternative medicine began with experiencing the apathy of doctors in answering a young mother’s queries. She was given pain killers during labour, thereby making her too numb to push her baby out while the nurses pinned down her shoulders so she was unable to sit upright to help the baby down the birth canal resulting in a forceps delivery.

Then when the baby contracted a body rash in hospital, antibiotics were prescribed in his first week of life! After this do you blame me for being my own doctor and studying nutrition under some of the best teachers of the subject? I help others tune in to their bodies and direct them to world-renowned practitioners of traditional medicine and that too only if they are afflicted with a chronic problem. I am blessed everyday for my work from which I don’t derive any income.

And lastly, Dr. Paul’s letter to this publication asks what is an eco-nutritionist. It’s a good question which merits an answer. An eco-nutritionist is an individual who not only advises you to make the necessary lifestyle changes needed for keeping well but one who also brings into such guidance a concern for the environment and its needs, for human beings to live in harmony with the good earth and maintain its health for the sake of our children.